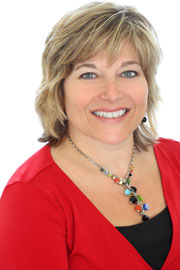 TERRY L. HAZEN is a member of the firm. Her primary area of practice is in the litigation of civil, landlord/tenant and bankruptcy matters.  She also offers counsel to clients on a full range of DHCR matters, and represents residential landlords and both co-operative Boards of Directors and Condominium Boards of Managers.  Ms. Hazen also represents commercial tenants.

Ms. Hazen graduated from the University of Vermont (Cum Laude) and Benjamin N. Cardozo School of Law where she was "Notes and Comments" editor and symposium editor for the International Law Journal.  Upon graduation, Ms. Hazen was admitted to the New York State Bar. Ms. Hazen became associated with the firm of Rudd, Rosenberg, Mitofsky & Hollender in January 1991 where she remained until February 1993, at which time she became associated with the firm of Mitofsky & Shapiro. She is a member of the New York State Bar Association, as well as a member of the Bar of the State of Connecticut.  Amongst her clients, Ms. Hazen provides legal representation to Rudin Management Co., Inc., Tudor Realty Services Corp.  Philips International, L & L Holding Company, LLC, Bettina Equities, Hoffman Management and Friedman Management Company and Levy Management.

Ms. Hazen is admitted to practice in the United States Supreme Court, the United States District Courts for the Southern and Eastern Districts of New York and has appeared in the Appellate Courts, including the Court of Appeals in New York.

Ms. Hazen is a resident of Stamford, Connecticut.