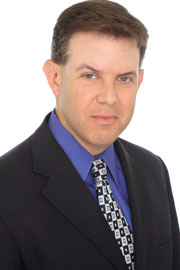 SCOT MACKOFF, is a member of the firm. He graduated from the University of Maryland in 1987 with a B.S. in Journalism and graduated from New York Law School in 1994.

After working for several years as a Television Associate Producer, Mr. Mackoff entered law school in 1991. During his three years of law school, he worked as a Law Clerk for both a New York City litigation law firm, as well as for the City Attorney of Glen Cove.

Mr. Mackoff has been a practicing attorney since 1994 and during that time his professional focus has centered on real estate.  In his first position out of law school, he served as General Counsel for two large New York City Mitchell-Lama Co-op developments.

Subsequent to that position, Mr. Mackoff served as In-House Counsel to an owner-operated management company.  This company owned and operated more than 35 buildings throughout New York City, Nassau and Westchester Counties.  As In-House Counsel he handled proceedings in Housing Court, as well as representing the owners before City and State Administrative Agencies.

For the two years immediately prior to his joining the firm of Mitofsky & Shapiro, Mr. Mackoff was an associate with a large Real Estate law firm.  In that position he spent most of his time litigating in Housing Court, representing both residential and commercial property owners. Mr. Mackoff also represented clients in Bankruptcy Court and before Administrative Agencies.

Mr. Mackoff has successfully represented Coop Boards against shareholders who were utilizing AirBNB to lease their apartments, without the permission of the Board.  Demonstrating that under the lease and the business judgment rule the Board was permitted to terminate the lease, the Board was awarded a judgment of possession.  Mr. Mackoff has also successfully prosecuted foreclosure and plenary actions for Condominium Board. Mr. Mackoff has also worked with Boards to amend their By-Laws and Rules, along with providing counsel in negotiating contracts and agreements.

Mr. Mackoff has worked as a volunteer for several local organizations in Oceanside where he resides with his wife and two children.