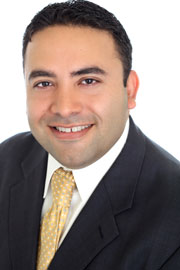 Mr. Fonseca resides in Port Washington with his wife and children.